The Philosophy and Art of Wang Guangyi 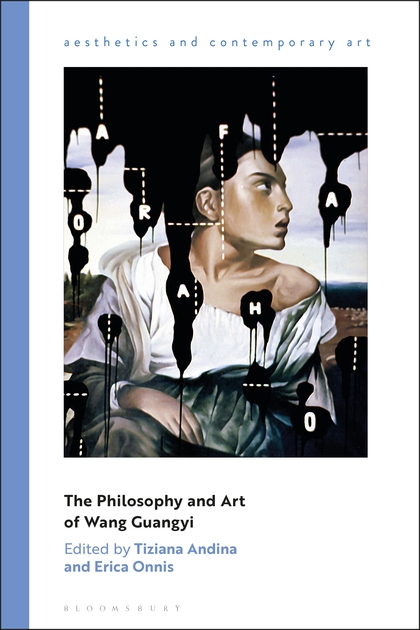 Posted by babette_babich at 3:35 PM No comments:

The Question of the Contemporary

postprint from
the question of the contemporary

The Question of the Contemporary in Agamben, Nancy, Danto 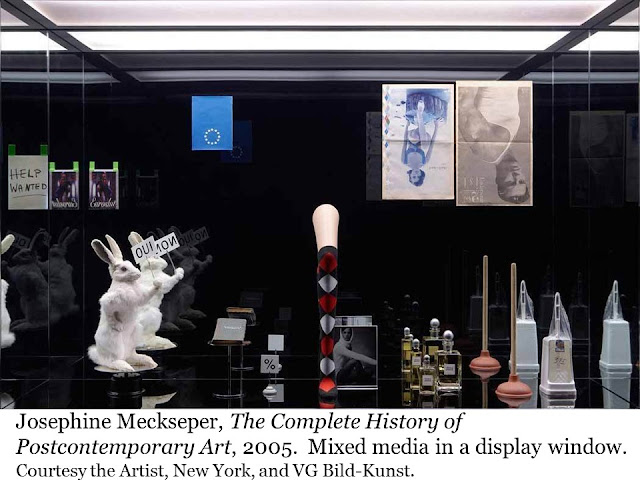 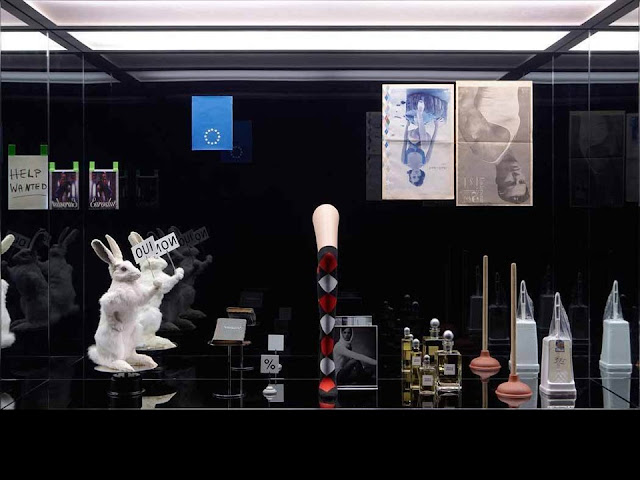 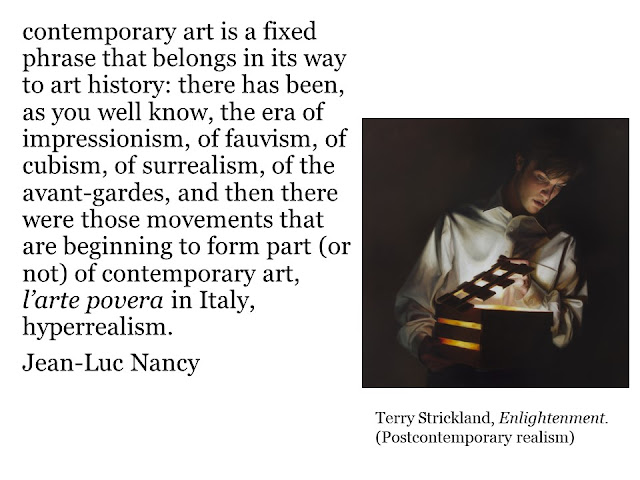 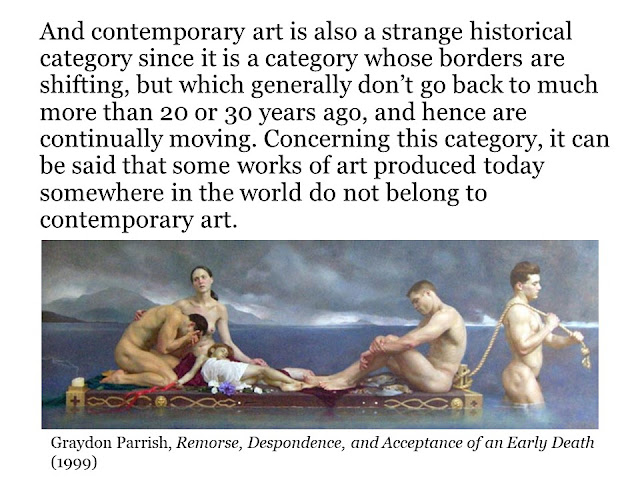 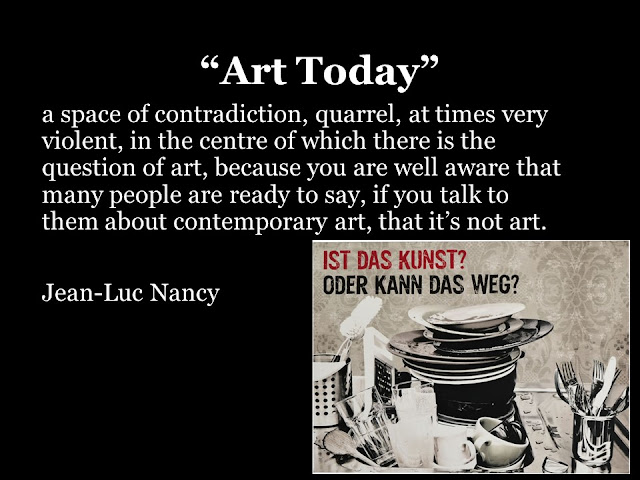 Posted by babette_babich at 4:13 AM No comments: 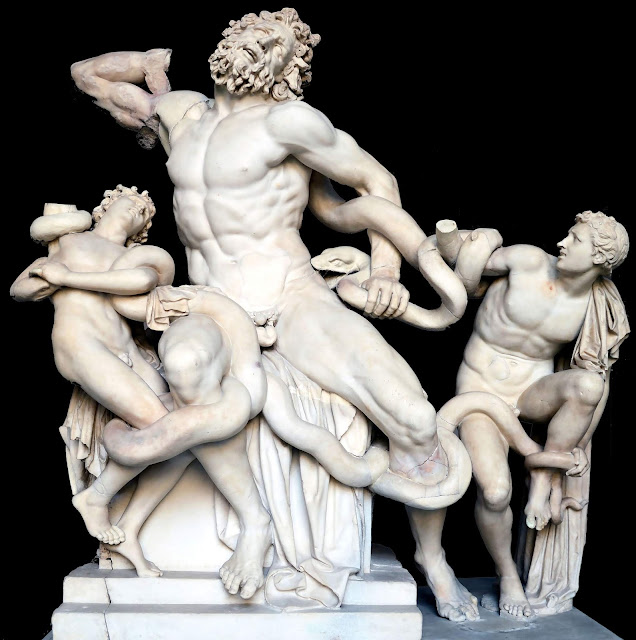 Perhaps the most significant dissonance of several such regarding the Laocoön group Pliny famously reports seeing in the house of the Emperor Titus Pliny [NH 36.37–38], is that the marble statue, presumably, so Bernard Andreae reasonably argues, modeled on a Greek bronze original, was said to have been hewn from a single stone.

Yet the Laocoön associated with Johann Joachim Winkelmann, unearthed in 1506,was not formed from a single block of marble [ex uno lapide]. 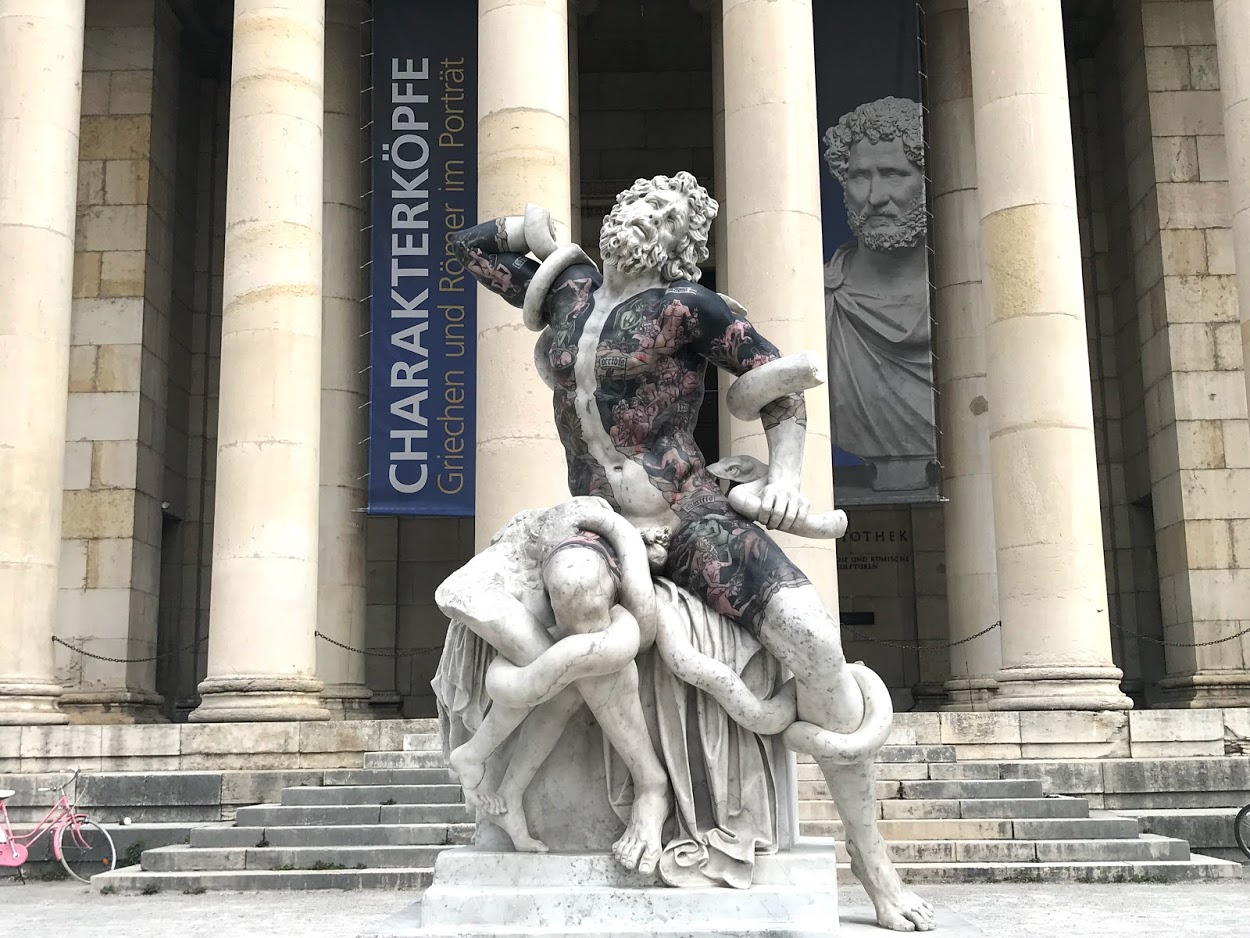 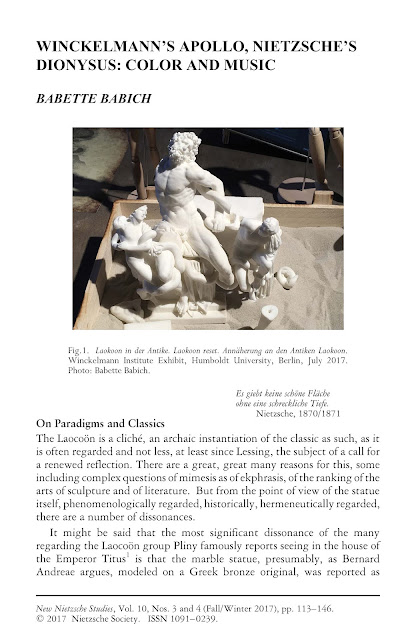 Posted by babette_babich at 12:31 PM No comments:

On the Incomparable Emma Thompson 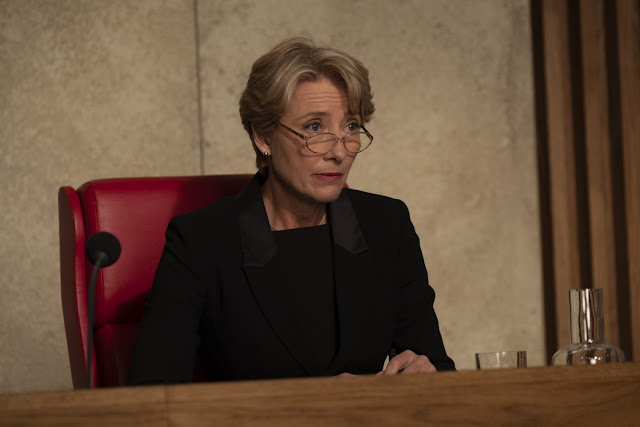 Any time one begins to speak of the incomparable one is inevitably reflecting possible comparisons and contrasts, politicians, academics, artists all stand in some kind of rank order. Others may have other preferences and then too there are the cameos, Men in Black III, and in an extended cameo in Late Night, directed by Nisha Ganatra and given Mindy Kaling’s patently authorial conceit, it nevertheless remains that there is no comparing Emma Thompson. 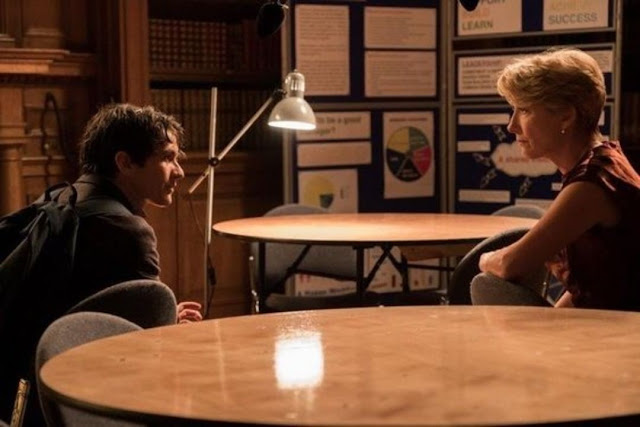 I say this with a pronounced certainty, that, should one be inclined to doubt it, is on screen — you can see for yourself — with a heart-searing, breathless intensity in one of her recent films — and there seems a cascade of these at the moment — specifically, I am speaking of The Children Act, based on the novel by Ian McEwan and directed by Richard Eyre, which premiered in Toronto in 2017 but this Fall 2018, in New York and now, of course on Netflix and Canopy.

The intensity comes in the course of the film and not where Emma Thompson cries as she does at the end — she is better at crying than most actors, inasmuch as the exigence of being incomparable does not, as she plainly understands, exclude unhinged devastation. Emma Thompson does not sob or weep in the fashion we audiences recognize as the way of ladies of the silver screen, a single tear streaming: Thompson bawls, searing, gulping, awful moments, almost unbearable, as if she had in this fashion torn the celluloid away before our eyes: revealing the naked life beneath. 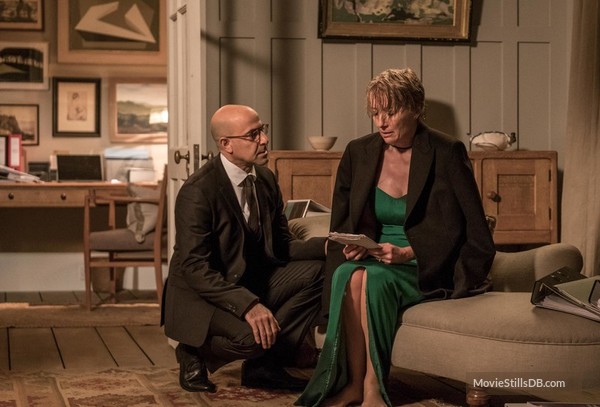 In The Children Act, carrying on as one does after public humiliation, playing one’s part as this is expected of one, the actor acts the judge acting as if nothing had happened and as everything comes undone. This time, her loathsome straying husband is in the same room, right there with her on a divan seemingly updated from Les Liasons Dangereuse, as she gulps out her — and our — desolation in the face of wretchedness, of death and the vanity of opposing this, of the failure of ideal visions and real impossibilities, abandoned to the untender comforting of that same awful spouse who left and betrayed her and had the temerity to return, punitively insisting on his right to a new start. But for Emma Thompson’s Judge Fiona Maye there is no new start.

Unredeemable, the end is as real and as bleak as that in The Remains of the Day — our unconscious when it comes to films is inevitably filmic —, too late, too little, and far worse than the savage blankness of nothing at all. 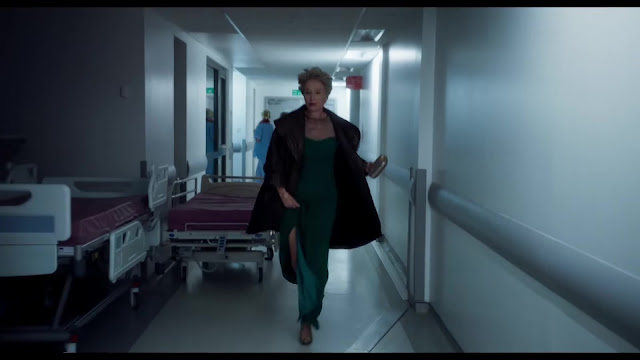 Fiona Maye in the film adaptation of Ian McEwan’s novel is a judge of the High Court, a position Thompson seems born to play: she presides in cases of family law, issuing the judgments of the court, no irony is made of this, in matters of spousal non-support, divorce, betrayal and such like. The named case concerns the rights of minors: this is the story woven into the story that is a story about her undoing, quite as if one cannot have a judge of this calibre and not take her down. Thus the subtle misogyny of McEwan’s novel, uncomprehending that a woman might be more than or have desires exceeding the desires of the central male. 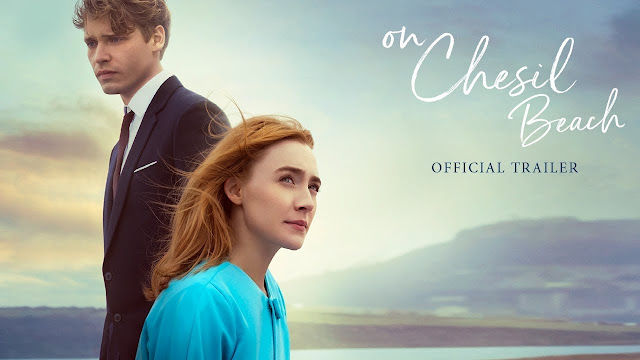 There is a recurrence of the theme in McEwan’s other novel, the 2017 On Chesil Beach, full of sympathy for the incompetent, technically impotent, inarticulate husband who however he knows the names of everything knows nothing about his wife, such that he decries neither his ignorance nor his impotence but her for somehow fooling him.

The sharp focus on the males in McEwan’s stories is perhaps the most important aspect in The Children Act, which is hardly to say that Emma Thompson is effaced: she is, much rather, brought low. The case at issue in The Children Act is a dying boy, Adam Henry, played by the beautiful Fionn Whitehead. 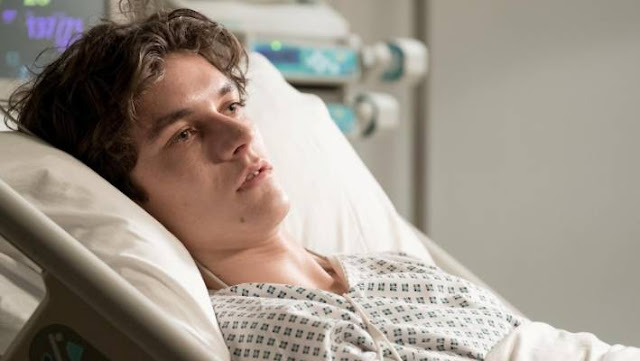 
Posted by babette_babich at 12:27 PM No comments:

Reading: Okakura, The Book of Tea 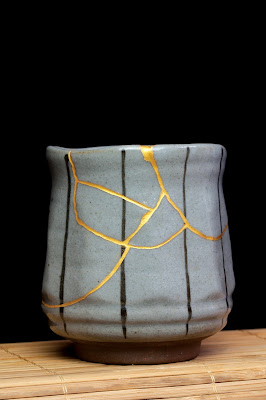 Babich, Heidegger on Technology and Gelassenheit: wabi sabi and the Art of Verfallenheit 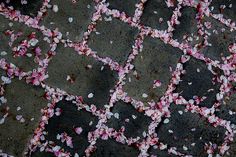 1 May 2018 at Lincoln Center Anything Goes: From Duchamp to Warhol to Jeff Koons and Wang Guangyi 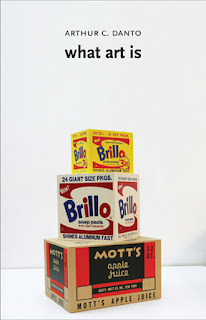 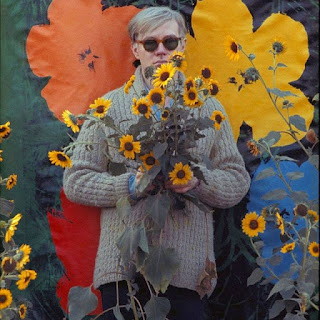 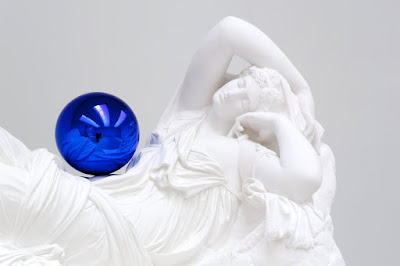 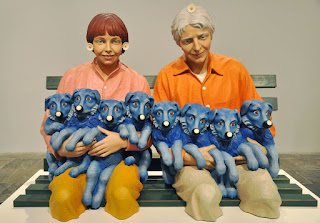 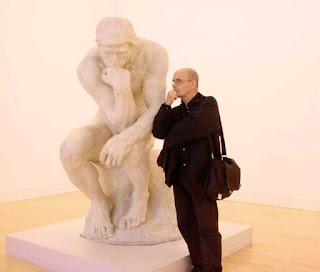 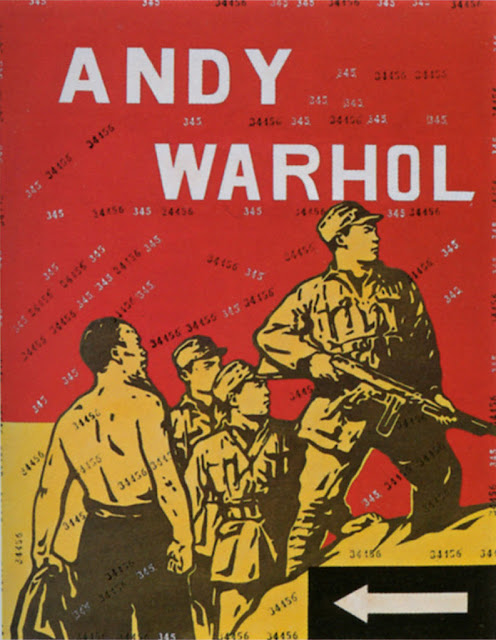 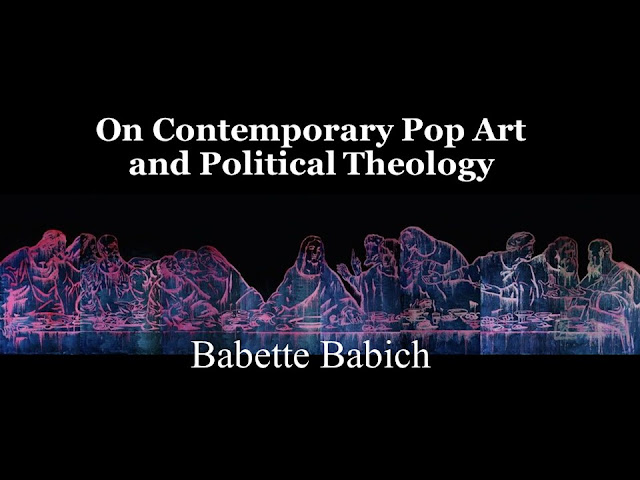 Posted by babette_babich at 7:21 PM No comments:

Apr 24 at Fordham Lincoln Center: The Artistry of the Artist or Beauty and Happiness, Festival, Play 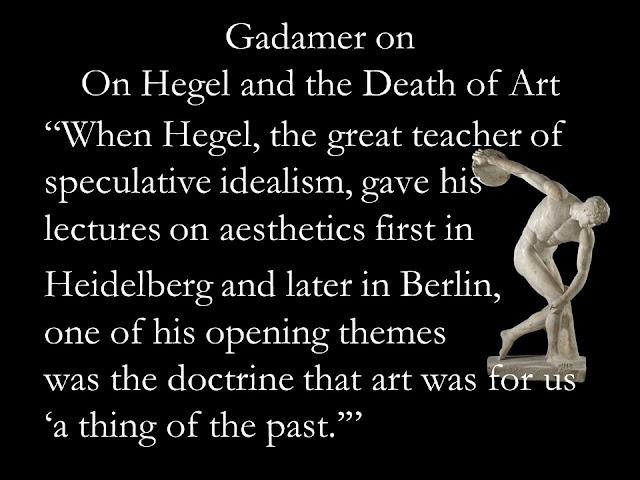 Reading: Gadamer, The Relevance of the Beautiful 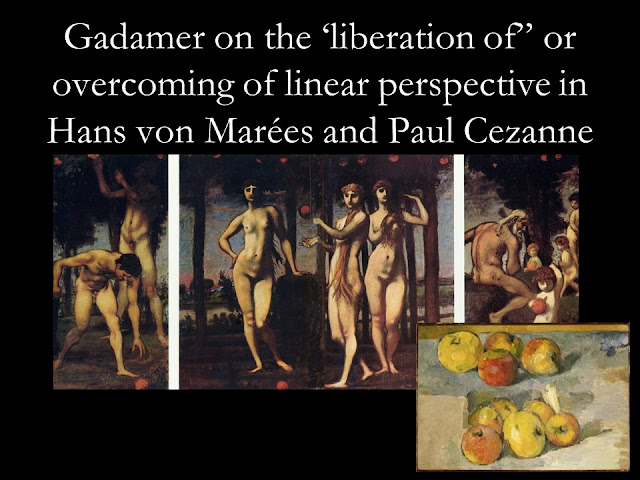 Recommended:
Plato, Phaedrus
Fink, “The Oasis of Happiness”
Nehamas, “Beauty, Uncertainty, Happiness”
Posted by babette_babich at 4:02 AM No comments: